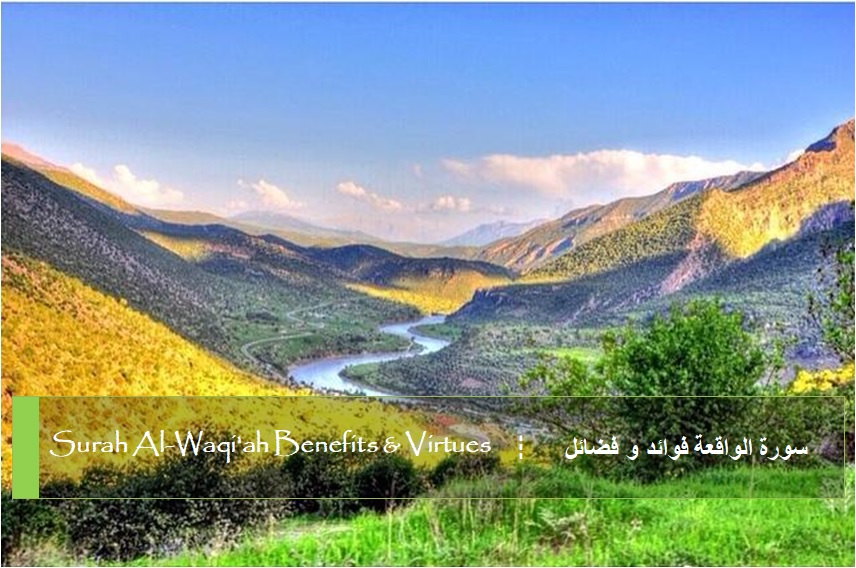 that the Prophet (صلى الله عليه وسلم) said: “Their elevation is indeed like what is between the heavens and the earth, a distance of five-hundred years.”

That the Messenger of Allah (صلى الله عليه وسلم) said: “In Paradise there is a tree under whose shade a rider could travel for one hundred years and never leave it.” “Recite, if you wish:

The Prophet (صلى الله عليه وسلم) said “There is a tree in Paradise (which is so big and huge that) a rider could travel in its shade for a hundred years. And if you wish, you can recite:

and a place in Paradise equal to an arrow bow of one of you, is better than (the whole earth) on which the sun rises and sets.”

2 thoughts on “Benefits and Virtues of Surah 56 Al-Waqiah”