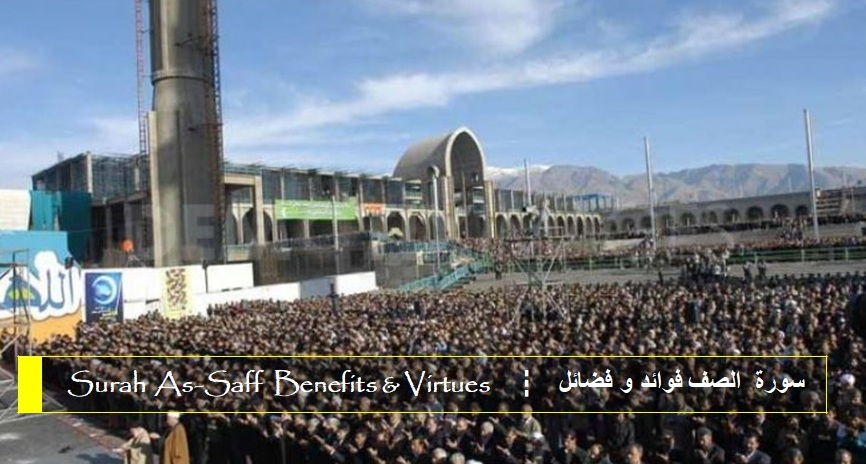 *Quran Surahs that start with the glorification of Allah

61.2 Abu Harb b. Abu al-Aswad reported on the authority of his father that Abu Musa al-Ash’ari sent for the reciters of Basra. They came to him and they were three hundred in number. They recited the Qur’an and he said:

You are the best among the inhabitants of Basra, for you are the reciters among them. So continue to recite it. (But bear in mind) that your reciting for a long time may not harden your hearts as were hardened the hearts of those before you. We used to recite a surah which resembled in length and severity to (Surah) Bara’at. I have, however, forgotten it with the exception of this which I remember out of it:” If there were two valleys full of riches, for the son of Adam, he would long for a third valley, and nothing would fill the stomach of the son of Adam but dust.” And we used so recite a surah which resembled one of the surahs of Musabbihat, and I have forgotten it, but remember (this much) out of it:” Oh people who believe, why do you say that which you do not practise” (lxi 2.) and” that is recorded in your necks as a witness (against you) and you would be asked about it on the Day of Resurrection” (xvii. 13).

I heard Allah’s Messenger (ﷺ) as saying: The (system) of night and day would not end until the people have taken to the worship of Lat and ‘Uzza. I said: Allah’s Messenger, I think when Allah has revealed this verse:” He it is Who has sent His Messenger with right guidance, and true religion, so that He may cause it to prevail upon all religions, though the polytheists are averse (to it)” (61:9 & ix. 33), it implies that (this promise) is going to be fulfilled. Thereupon he (Allah’s Apostle) said: It would happen as Allah would like. Then Allah would send the sweet fragrant air by which everyone who has even a mustard grain of faith in Him would die and those only would survive who would have no goodness in them. And they would revert to the religion of their forefathers.

That `Abdullah bin Salam said, “We asked, `Who among us should go to the Messenger and ask him about the dearest actions to Allah’ None among us volunteered. The Messenger sent a man to us and that man gathered us and recited this Surah, Surat As-Saff, in its entirety.”’

People said, “If we knew the deed that is most liked and beloved to Allah, we would certainly do it.” So Allah revealed

Indeed, Allah loves those who fight in His cause in a row as though they are a [single] structure joined firmly. (61:4)

But then the people turned away. So Allah revealed

One thought on “Benefits and Virtues of Surah 61 As-Saff”