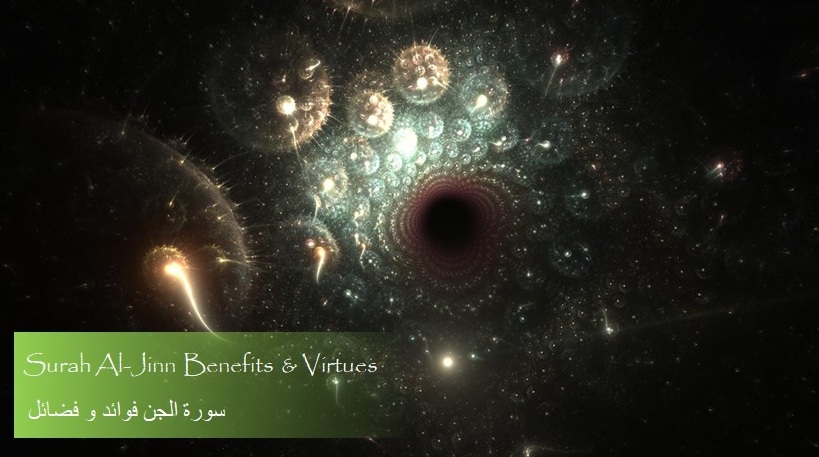 And so they set out and travelled all over the world, east and west, looking for that thing which intervened between them and the news of the Heaven. Those of the devils who had set out towards Tihama, went to Allah’s Messenger (صلى الله عليه وآله وسلم) at Nakhla (a place between Mecca and Taif) while he was on his way to `Ukaz Market. (They met him) while he was offering the Fajr prayer with his companions. When they heard the Holy Qur’an being recited [by Allah’s Messenger (صلى الله عليه وآله وسلم)], they listened to it and said (to each other). This is the thing which has intervened between you and the news of the Heavens.” Then they returned to their people and said, “O our people! We have really heard a wonderful recital (Qur’an). It gives guidance to the right, and we have believed therein. We shall not join in worship, anybody with our Lord.”

Say, [O Muhammad], “It has been revealed to me that a group of the jinn listened and said, ‘Indeed, we have heard an amazing Qur’an.

It guides to the right course, and we have believed in it. And we will never associate with our Lord anyone. (72:1-2)

The statement of the Jinns was revealed to him.

“I was sitting with the Prophet (صلى الله عليه وآله وسلم) when a Bedouin came to him and said: ‘I have a brother who is sick.’ He said: ‘What is the matter with your brother?’ He said: ‘He suffers from a slight mental derangement.’ He said: ‘Go and bring him.’” He said: “(So he went) and he brought him. He made him sit down in front of him and I heard him seeking refuge for him with Fatihatil-Kitab; four Verses from the beginning of Al-Baqarah, two Verses from its middle: ‘And your Ilah (God) is One Ilah (God – Allah),’ [2:163] and Ayat Al-Kursi; and three Verses from its end; a Verse from Al ‘Imran, I think it was: ‘Allah bears witness that La ilaha illa Huwa (none has the right to be worshipped but He),’ [3:18] a Verse from Al-A’raf: ‘Indeed, your Lord is Allah,’ [7:54] a Verse from Al-Mu’minun: ‘And whoever invokes (or worships), besides Allah, any other ilah (god), of whom he has no proof,’[23:117] a Verse from Al-Jinn: ‘And He, exalted is the Majesty of our Lord,’ [72:3] ten Verses from the beginning of As-Saffat; three Verses from the end of Al-Hashr; (then) ‘Say: He is Allah, (the) One,’ [112:1] and Al-Mu’awwidhatain. Then the Bedouin stood up, healed, and there was nothing wrong with him.”

“He who recites Suratul Jinn will be given the reward of freeing (from slavery) as many Jinn and Devils that both believed in and belied Muhammad (صلى الله عليه وآله وسلم)”.

That frequent recitation of Surah Al-Jinn is a protection from Jinn (demons), evil eye, sorcery, wicked plans of the enemy etc. and the reciter will be in the company of the Holy Prophet (صلى الله عليه وآله وسلم) on the Day of Resurrection.

72.5 In some Hadiths from Shia sources, the following benefits of recitation of Surah Al-Jinn are mentioned

For curing  someone who  is under  the influence  of an  evil spirit the 33 Aayat al Hirz should be recited on him. These also include the following verses

Say, [O Muhammad (ﷺ)], “It has been revealed to me that a group of the jinn listened and said, ‘Indeed, we have heard an amazing Qur’an.

It guides to the right course, and we have believed in it. And we will never associate with our Lord anyone.

(Remedies from the Quran p95)

Surah Al-Jinn is effective in combating the evil effects of Shayateen or wicked spirits.

To remain punctual in Salah, one should recite the verses

And [He revealed] that the masjids are for Allah , so do not invoke with Allah anyone.

And that when the Servant of Allah stood up supplicating Him, they almost became about him a compacted mass. (72:18-19)

of Surah Al-Jinn 41 times after Fajr and 66 times after Isha and make Dua to Allah daily. In’Sha Allah he will maintain the prayers with zeal and tranquility (خشوع وخضوع).

One thought on “Benefits and Virtues of Surah 72 Al-Jinn” 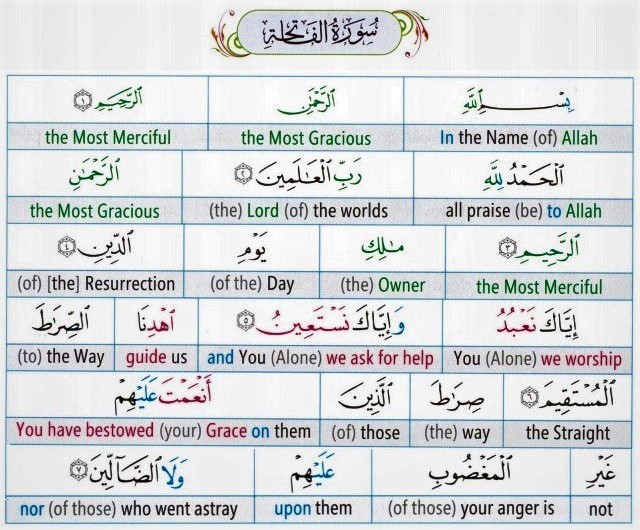